Video Of The Week: Katie Armiger

Yep, for the second straight week, I'm featuring a young, strong country singer - though this time her style fits completely with what you might have in mind when it comes to modern country music.

But like last week's bad-girl Nikki Lane, good-girl Katie Armiger has the confidence and swagger to party around flames, though in Armiger's case, it wasn't from burning a bad boyfriend's Harley, just ''regular'' pyrotechnics:

I mean, sure, she's pretty, but what hits me first and foremost is exactly the opposite: with 4 professional records in 4 years, hundreds of live shows and tons of people met who were as impressed with her talent as they were her looks - and all that at just 22 years of age - Katie Armiger has lived, in such a short time, what most people don't experience in a whole lifetime. And when a stunning woman has to deal with saying ''no'' more often than she does ''hello'', that builds character the likes of which men twice her age will never even come close to.

In the Playin' With Fire video shown above, she has that Leelee Sobieski / Jennifer Lawrence look going for her, but mixed with a dirty, working-girl attire, saying lines like ''I'm already crazy and I feel fine / as I cross this line between wrong and right'', ''I'm already lit and this ain't done yet'' and ''I like the burn''. And there's the look in her eyes in every close-up. And the totally sexual way she cranks up and uses that flame-thrower (in high heels, no less).

She's in control, and not much can stop her. I'd say the sky's the limit, but she can even shatter that if she wants to.

I first came to realize she existed when recording songs at Studio Loco in Montréal, where her Confessions Of A Nice Girl CD laid on a table. I put it on out of sheer curiosity and had expected ballads and cutesy, wholesome songs from the cover, but instead found well-written, beat-driven songs that I instantly connected with. I've been a fan ever since. Here's the cover art in question: 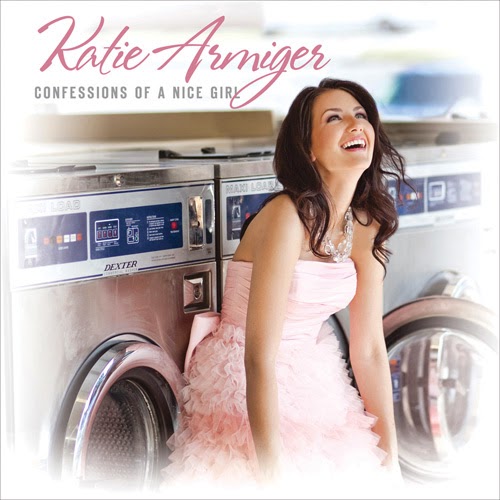 Posted by Sébastian Hell at 9:26 PM