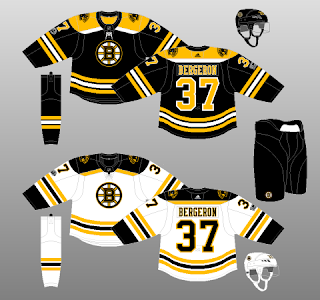 Must-improve forward: David Backes. We knew he was overpaid and would not produce according to his salary - ever - and, as both a Team USA and St. Louis Blues alumni, we knew he was unable to win important games and would choke whenever possible; however, 17 goals and 38 total points is a far cry from what would be reasonable numbers for him. He needs to pot 25 goals in and come near the 50-point mark to not be the single most important reason why this team doesn't make the playoffs (instead of, say, shoddy defensive depth).

Analysis:
I'll start by saying the Atlantic is the tighest division in the NHL; sure, the Metro has more elite teams (three- or five-to-one, depending how you feel about the teams based in NYC), but the Atlantic has the most balanced group of teams in the league; all of them except perhaps the Detroit Red Wings have a legitimate shot at being in the playoff picture on the last week of action, and three Original 6 teams - Montréal Canadiens, Toronto Maple Leafs and Boston - will battle it out for the final Wild Card spot with the teams from New York and the Philadelphia Flyers; all of them could very well fail to make it to the postseason, too.

McAvoy is two years away from being the team's #1 defenseman, which will likely relegate Krug to second pair and powerplay time, making the team better overall. But as Chara becomes more suited to take on the #6 spot on D, the team needs to add three guys who are better than Miller and Adam McQuaid to have a respectable corps on the back end.

Rask is an elite goaltender. Sure, he gets fatigued when playing ten straight games, and sure he'll be exhausted come playoff time if he plays more than 65 games in the regular season. And, yes, he'll suck against the Habs and in extremely tight games, probably at the worst time. But the rest of the time, he's one of the five best in the world at stopping pucks, which means he's a top-10 guy on average in any given year. He just needs help.


The top-6 up front is well-balanced. I'm not sure Marchand can legitimately claim he belongs in the league's top-10 point producers, but it's a safe bet to count on him for around 30 goals (and one dumb suspension) per season. Bergeron's still a terrific two-way center, though he had a terrible year in 2016-17 and probably didn't deserve to even be nominated for the Selke; his steady play will remain valuable for a few more years, as will Krejci's - if he can manage to stay out of the infirmary. The real gem, however, is Pastrnak - provided he doesn't miss time due to a contract dispute. He will be counted on to carry the offense for the next decade or so.


Boston desperately needs to add depth both on their third and fourth lines and in their bottom-pairings to make a dent in the playoff picture. As it stands now, their best shot within the next few years is if the Ottawa Senators cannot find a suitable replacement for Craig Anderson between the pipes when he retires and Habs GM Marc Bergevin keeps his job and continues to dismantle his team's future and chances; those are two pretty big ifs.

Prediction: 6th in the Atlantic Division.
Posted by Sébastian Hell at 9:02 AM