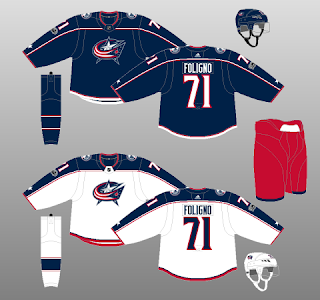 Must-improve forward: Dubinsky needs to decide if he's going to be a premium two-way player who can contribute when it matters or just the biggest thorn in Sidney Crosby's side - and one that 87 has learned to play around at that. I mean, most of the Jackets need to step up in the playoffs, captain Foligno included, but Dubinsky was destined for far greater things throughout his career.

Analysis:
There is at least one more full season to go before Tortorella Fatigue makes its way through the Blue Jackets' ranks. He protected the team when it started losing after last season's record-setting streak and will continue to do so as long as it retains its hard-working, blue-collar mentality. Panarin, who could become a free agent after the 2018-19 season, however, is a true superstar who may not fit that mold, as his two playoffs with the Chicago Blackhawks have shown.

Should the team falter in any way prior to the trade deadline, GM Kekalainen will be able to address any issue via trade or firing. He remains one of the best long-term talent evaluators in the world and knows what every player needs in order to achieve their potential.

Even if Panarin takes a step back from not playing alongside a Patrick Kane type in Columbus, as a team, the Jackets have not taken a step back, personnel-wise. They remain pretty much the same team as last year, with added experience, which should only benefit them. They go up in the standings this year because the Washington Capitals took a slight step back this summer.

Columbus also boasts the only active two-time Vezina Trophy winner in Bobrovsky, who is a terrific regular-season goalie and likely the second-best in the world, after Braden Holtby. Behind a defence comprised of young phenom Werenski, Team Canada alumnus Savard, Team USA alumni Jones and Johnson, as well as former third-overall pick Ryan Murray, Markus Nutivaara, Scott Harrington and Carlsson, he will keep stopping 93% of the shots he receives.

Prediction: 2nd in the Metropolitan Division.
Posted by Sébastian Hell at 5:27 PM