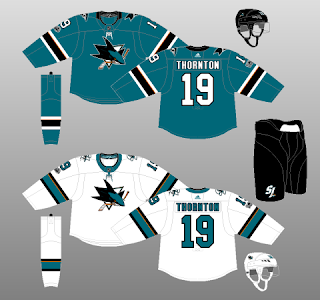 Must-improve forward: Boedker has never been worth $4M per season, and the Sharks on on the hook for three more years of just that.

Analysis:
Full disclosure: I never liked the San Jose Sharks. I didn't like them as an expansion team, I didn't like them for wearing a teal uniform, I never thought they were serious contenders and I always rejoiced at their early exits. When they hired DeBoer, I thought he might do what he usually does: give them a quick one-season boost like he'd done with the New Jersey Devils circa 2011-12 then have them disappear completely for a full decade.

That's where we are now, except GM Wilson has managed to build a half-decent roster that is strong for 20 minutes per game thanks to the likes of Couture, Pavelski, Burns and Vlasic, for 60 games per year thanks to Jones; the rest is just untapped potential that will not develop as long as DeBoer is behind the bench - which suits me just fine.

There's a reason why most of San Jose's prospects are well into their 20s and were drafted by other teams: their win-now mentality has made it so their draft ranks were usually late, and having performance-driven coaches instead of development-driven teachers have left that cupboard empty. And that's if you buy Todd McLellan and DeBoer as being "performance-driven", when neither has won either a Stanley Cup with relatively stacked teams.

Soon enough, when he retires, Thornton will join Marcel Dionne as the best players to have never won a Cup. Through no fault of his own, mind you, he's one of the best playmakers of all time, he just either has never played with good/lucky enough teammates or just didn't have that little extra gear that turns great players into championship winners.

Prediction: 6th in the Pacific Division.
Posted by Sébastian Hell at 5:28 PM