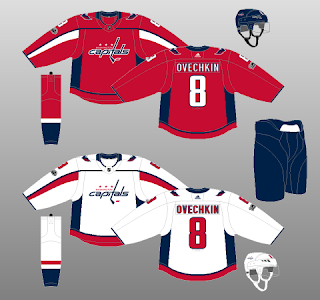 Must-improve forwards: Ovechkin scored his second-worse career goals total with 33, tying Oshie for 13th in the NHL. It was considered "great" for Oshie, but "disappointing" for Ovie; here's the caveat: Ovechkin was concentrating on being a leader, playing "the right way" and becoming a better two-way player. He's got that down now, and the Caps will need him to make up for losing Johansson's production, so he will likely be given free reign to go on offense a bit more, and might not be punished with third-line duties as often. That, or one of him or Trotz will have to go.

Analysis:
The Caps took major hits this summer, losing Williams and Alzner to free agency, Schmidt to the Vegas Golden Knights in the expansion draft and Johansson to the cap crunch due to huge raises to Kuznetsov and Orlov.

They are no longer in contentioon for first-overall and the Presidents Trophy - but seeing as how things usually go for them when they do win it (three second-round exits come to mind), perhaps that's for the best. I do not believe they have regressed enough to fall out of playoff contention altogether, however; as a matter of fact, I believe the Metro will remain strong this year, sending no less than five teams to the post-season, and the Caps won't even be one of the Wild Cad teams. Kuznetsov will bounce back - as will Ovie - and the defense will remain as stingy as ever with Trotz' system and the best goalie in the world.

Also, perhaps his production isn't what hockey poolers are looking for, but do not sleep on Orlov, who is becoming one of the most underrated #1 defensemen in the game.

Washington has regressed and their long-term prospect pool is shallow, but 50 wins in 2017-18 are still not out the question.

Prediction: 3rd in the Metropolitan Division.
Posted by Sébastian Hell at 11:39 AM